Guitar Strumming: One of the Major Struggles on Guitar

Guitar strumming is one of the major struggles on guitar, especially for beginners.

I see it quite frequently with many students who come into my studio.

So, how do we deal with it? Can it be improved upon?

The good news is that guitar strumming definitely can be improved upon. In fact, it can be corrected in as soon as a few days, or longer. It really depends on you and how often you work on it.

Here are some things to work on:

How to hold the pick. Yeah, this matters a lot. Holding the pick correctly while guitar strumming will help you move it across the strings much more efficiently. I use a twist and tilt method. We want to use the side edge of the pick as often as possible. Just like this:

It provides less resistance to the strings, which is very desirable. The next thing we need to do is “twist” the pick in order to achieve this very result. You do that by holding the pick like you see above, then bend the thumb to “twist” the pick so that it appears in this angle as you look down on the guitar strings:

The other part is “tilt”. We tilt the pick in a certain direction depending on whether we are down strumming or up strumming. When we down strum, we turn our wrist slightly counter clockwise as we move our arm. This creates a “tilt” of the pick relative to the body of the guitar. When up strumming, we twist the wrist in a slightly clockwise direction. Kind of how a conductor’s wrist motion would look like:

Wrist leads the arm. While down strumming, move the wrist to sweep the pick across the top of the strings. As you move the wrist, the arm, up to the elbow, also moves in the same direction. It looks the same for up strumming, just in reverse motion.

Soon I’ll be introducing a course on guitar strumming. For now, here is a free preview link of what will be coming up. This video will show everything I have already discussed and much, much more. I think will be an eye opener for many of you.

Let me know if this preview video helped you out? I would love to hear from you!

Later I’m gonna cover how you can move those chords around more efficiently so that your songs sound the way they should when you are jamming. In the meantime, check this out this free guide help to get you started with the left hand moving the chords around. It’s been a hit with my students, maybe it will be for you too. 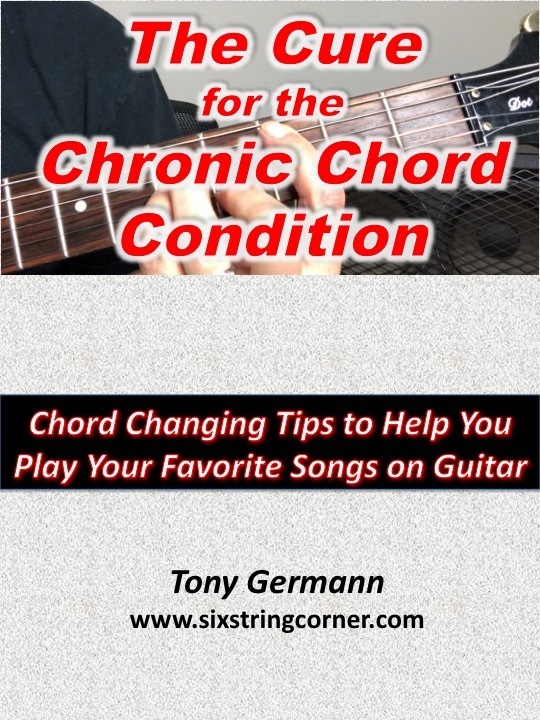 Let’s have a little more fun this week. Last week I mentioned that if you are into rock, country, jazz, R&B, Pop, etc., the roots can be traced, at least in part, to the blues. Read more…

Let’s have a little fun this week. Blues had a baby and she named it rock and roll. It’s the first thing I ever learned on guitar. If you are into rock, country, jazz, R&B, Read more…